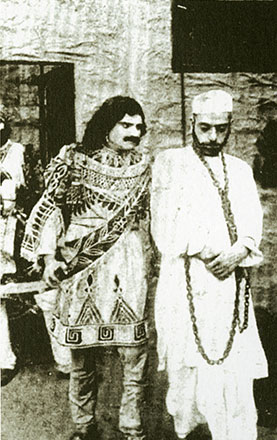 Adopting the perspective of Vidur- the chief advisor to the Kauravas, who, for ethical reasons, sided with the Pandavas prior to the great war of Kurukshetra- the film ‘Bhakta Vidur’ sought to hold a moral lens to the struggle between British colonialists and the Indian resistance. The depiction of the epic Mahabharata, with nationalist overtones, had a great emotional resonance for people at that time. This, combined with the fact that the central character of Vidura was unambiguously modeled on Mohandas K. Gandhi, then the growing focal point of the freedom struggle, resulted in the film being banned by the British authorities for a year in provinces as far apart as Madras and Karachi.