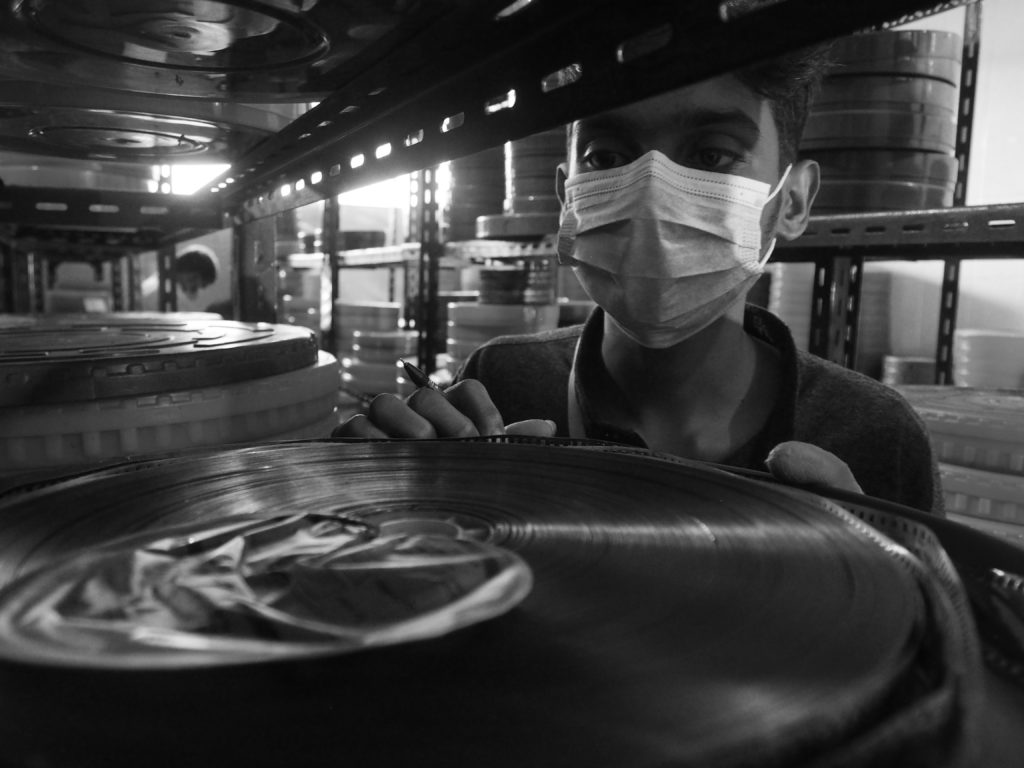 Surviving the Pandemic – FPRWI 2020 Goes Online For The First Time!

Film Heritage Foundation is delighted to announce the first-ever online training in film preservation in association with the International Federation of Film Archives (FIAF) in September 2020.

The insidious effect of the pandemic has put paid to Film Heritage Foundation’s plans of conducting the Film Preservation & Restoration Workshop India (FPRWI 2020) in 2020. We had zeroed in on Kerala as the next destination for the sixth iteration of our traveling school, but unfortunately it is not to be.

The annual workshops in India have built a movement for saving film heritage not just in our country but in the subcontinent. while there has been a quantum leap in awareness and training over the last five years, there is so much more to do. Having received several enquiries about our next training initiative and not wanting to lose the momentum we have built, we decided that even though we couldn’t conduct a physical hands-on training workshop this year, we could try the new normal of online training with the support of FIAF and a few of our wonderful faculty and experts from around the world.

Duration: One hour inclusive of a 15-minute Q & A

An examination of the process of film digitisation and of the many pitfalls on the way. Film digitisation is complex, time-consuming and never perfect, and handling the resulting digital files can be hugely challenging. We shall consider the different paths that can be taken, looking at film selection, film scanners, digital storage, management and access, and why so many mass digitisation projects fail. The lessons learned will provide a solid foundation for planning digitisation at any scale.

This one-hour lecture gives an overview on some aspects and requirements which need to be addressed before setting up a digital preservation facility.

It will not only focus on proven solutions and the new possibilities that modern technology offers to the archivist, but also on the general limitations which the archives have to face today and in the foreseeable future. On one hand, there is, of course, the sanitation emergency that the new coronavirus causes during the still worsening pandemic; on the other hand, we should never forget the even more dramatic climate emergency, which is currently less often in the news, but no less dangerous in the long term. The situation has certainly become much more complex on both levels during the last months, but quite possibly each and every individual can have more impact in improving things than ever before.

We need both low-energy and low-technology solutions that are sustainable in the long-term and clearly safer working environments than as we have had in the past. We are probably at the crossroads of decisions that really will determine the future of our audio-visual heritage, as well as the impact our profession can choose to have or have not in the ongoing radical global changes. The current period is indeed unprecedented, yet crucial for humanity! A Q&A will round up the lecture for 15 minutes.

When it is safe to resume work on a film collection where to start? This session will cover some basic areas to assess the state of the collection after a period where close management has not been possible due to the COVID pandemic and some steps that may be taken to help re-establish a preservation strategy.

Session 4: Finding a Place for Film Restoration in India and the Subcontinent – Davide Pozzi

This session will give an overview of the most important issues related to film restoration from both an operative and ethical point of view and describe step by step the workflow of a film restoration project, from the film inspection and repair to the final film mastering. Given that film restoration is still to find a foothold in India and the subcontinent, the session will also examine the challenges of restoring films in India and its neighbouring countries and suggest a road map to building infrastructure and resources for restoring the classic cinema of these countries.

The session will look at essential considerations for moving image cataloguing, covering key concepts such as levels of cataloguing, dependencies, cataloguing standards, sources of information, terminologies, relationships, identifiers, and intellectual assessment relating to content and subject. It will also consider tools for cataloguers, giving an overview of the types and availability of cataloguing tools and covering aspects such as principles, controlled vocabularies, data models and structures (particularly EN 15907), and the FIAF Moving Image Cataloguing Manual.

Advocacy has never been more important to the survival of film collections. The world has changed and will keep changing as a result of the pandemic. It is critical to ensure that cultural roots are not lost as an innocent casualty. What can we do to make sure our culturally important collections are not forgotten in the recovery phase of the pandemic? This session will look at how some archives have been promoting their collections despite having regular access shut down and explore some ways to give your collection a voice and shout out loud.

Film repair is the important preliminary step of film restoration and for any digitization or duplication process. Original film materials, source of every film restoration process, are museum objects, last witnesses of the film in its original version, that have to be preserved from mechanical accidents, chemical decomposition, loss of historical information.During the session, participants will be given an overview of the theory, aesthetics and ethics of the film repair as well as a practical demonstration of physical repair for different kinds of damages, from the smallest to the most complicated, choosing tape, tools and strategy to obtain the best result.

Session 8: The Effects of the Pandemic on India’s Film Heritage– Shivendra Singh Dungarpur

While the pandemic has affected every aspect of human existence, in the race for survival, the arts and its institutions are teetering on the edge and film preservation in India, which has only recently found a footing, is facing a tremendous setback. The session will discuss the serious challenges to the preservation of our film heritage in the context of India and the subcontinent that the pandemic has raised and explore how to tackle these challenges and survive the crisis.

This workshop is an introduction to taking care of a 3-dimensional film collection with long-term preservation in mind. It will review the process the Academy Museum of Motion Pictures follows to document 3D artifacts in the database, how to assign accession numbers to objects with multiple components and how to physically attach the labels to the objects. The workshop will also review some of the key factors to consider for storing 3-dimensional film collections safely, such as managing the environment, creating storage mounts, and some basic cleaning methods. 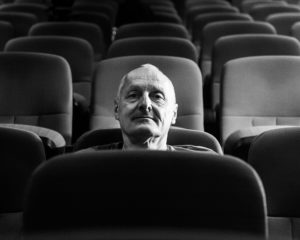 David Walsh began his long career as a film archivist at the Imperial War Museum (IWM) in 1975, having studied chemistry at Oxford University. He has established himself as an expert in the preservation and digitisation of film and video and has an active role with the International Federation of Film Archives (FIAF) having joined the FIAF Technical Commission in 2006 and served as its head from 2011 to 2016. He is now FIAF’s Training and Outreach Coordinator and is dedicated to providing training and assistance to film archivists around the world, with a particular interest in how the traditional aspects of film can be preserved in a digital future. 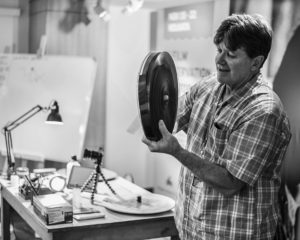 Mick Newnham – Tutor at the Charles Sturt University and a Visiting Fellow at the University of Melbourne, Grimwade Centre for Cultural Materials Conservation

For the past three decades Mick Newnham has been working with the preservation of audio visual collections. From 1988 Mick worked at the National Film and Sound Archive of Australia (NFSA) in a number of positions finally retiring as the Manager of Conservation & Research in 2017. 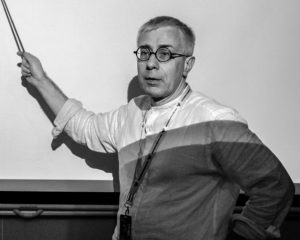 Having graduated in both mathematics and computer science, Reto Kromer became involved in audio-visual conservation and restoration back in 1986. He has been running his own preservation company, AV Preservation by reto.ch, and lecturing at the Bern University of Applied Sciences and the Elías Querejeta Zine Eskola in Donostia (San Sebastián). His current research includes colour spaces, look-up tables and codec programming and emulation. Previously he was head of preservation at the Cinémathèque suisse (the Swiss National Film Archive) as well as a lecturer at the University of Lausanne and at the Academy of Fine Arts Vienna. He served as an AMIA board member during two terms. His work has seen him honoured with an inaugural JTS Award. 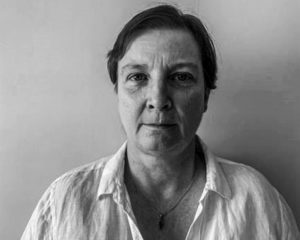 Natasha Fairbairn has worked at the BFI (British Film Institute) since 1986, first as a Library Assistant, then subsequently as a Film Records Keeper, Indexer, Senior Cataloguer, and Documentation Editor. Since 2011, she has worked as an Information Specialist, dealing with the standards, data, and data architecture of the BFI’s Collections Information Database (CID).

She has a BA (Hons) degree in English Language from University of Newcastle-upon-Tyne, and Postgraduate Diploma in Library and Information Studies. She is also a member of the FIAF (Fédération Internationale des Archives du Film) Cataloguing and Documentation Commission and a co-author of the FIAF Moving Image Cataloguing Manual (2016). 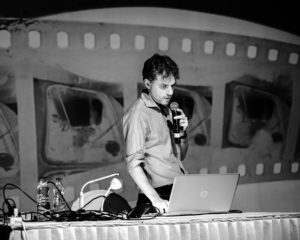 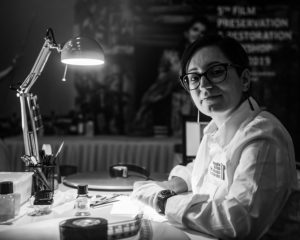 Marianna de Sanctis has been working in Film Restoration at L’Immagine Ritrovata laboratory in Bologna, Italy, since 2004 and she is the Head of the Film Repair department since 2007. Her department manages film identification, repair of physical damages, chemical treatments for decayed reels, film cleaning and washing, detailed documentation of preliminary study on film materials as well as final restoration reports. 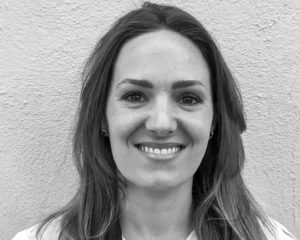 Sophie Hunter is an objects conservator with the Academy Museum of Motion Pictures in Los Angeles, where she mainly works with modern materials. She previously worked as a FAIC Samuel H. Kress Fellow with the Museums of New Mexico in Santa Fe, where she treated historic and folk-art collections, and conducted research on pitch coated baskets. Sophie has worked at the Natural History Museum of Los Angeles, the Autry Museum of the American West, Smithsonian National Museum of African American History and Culture, George Washington’s Mount Vernon Estate, Gold Leaf Studios and has had international internships in Luxor, Egypt and Guadalajara, Mexico. Sophie obtained a BA in U.S. History from the University of Chicago, and graduated with a MA, C.A.S. in Art Conservation from SUNY Buffalo State College. 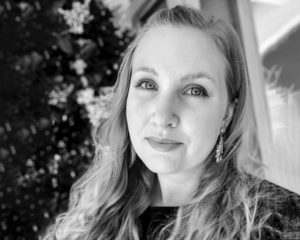 Renee Kiefer has been the Assistant Registrar, Permanent Collections for the Academy Museum of Motion Pictures since 2014, where she is responsible for new acquisitions and object cataloguing and also assists in the management and storage of the Museum’s collection.  She previously worked at the Florida Museum of Natural History and the Samuel P. Harn Museum of Art.  She holds a B.A. in Archaeology and Religious Studies from Mercyhurst University and an M.A. in Museum Studies from the University of Florida. 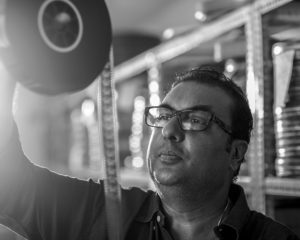 Shivendra Singh Dungarpur is an award-winning filmmaker, producer, film archivist and restorer. He is the founder of Film Heritage Foundation, a not-for-profit organization dedicated to the preservation of India’s cinematic heritage. Shivendra was elected to the Executive Committee of FIAF in 2017.

Under the banner of Dungarpur Films he has directed and produced close to 800 commercials. He made his first feature documentary “Celluloid Man” in 2012 that won two National Awards and travelled to over fifty festivals around the world. His second documentary “The Immortals” (2015) premiered at the Busan International Film Festival and won the Special Jury Award for the Best Film at MIFF 2016.  His third documentary titled “CzechMate – In Search of Jiří Menzel” is a seven-hour epic that is an in-depth exploration of the Czechoslovakian New Wave.