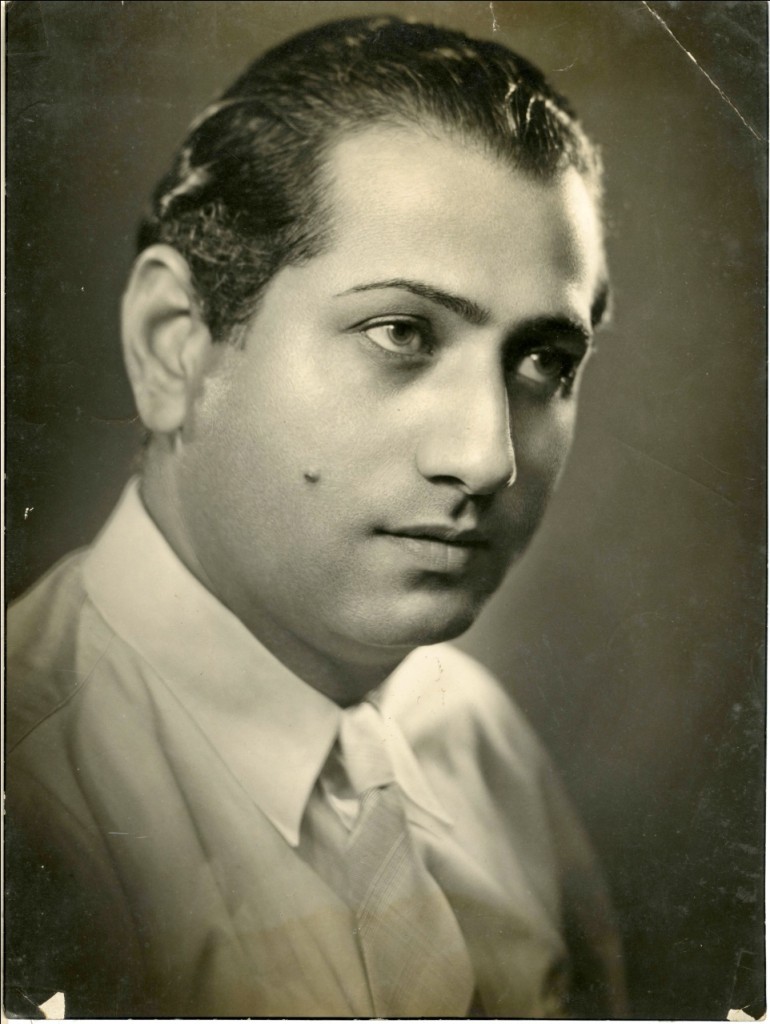 Abdur Rashid Kardar was a man of many parts: actor, director, producer, writer –he was a pioneer of the Indian film industry. Born in Lahore, in pre-partition India, A.R. Kardar started his career as a calligraphist working on film posters for foreign film productions. His first brush with filmmaking was when he worked as an assistant director and an actor in Lahore’s first silent film “Daughter of Today” that released in 1924. Believing that his future lay in film, Kardar set up a studio and production company under the name United Players Corporation in 1928 that laid the foundation for the film industry in Lahore. He made his directorial debut with the film “Husn ka Daku” also known as “Mysterious Eagle” in 1930 under this banner.

A.R. Kardar soon established himself as a successful filmmaker directing 40 films – the most well known being Dulaari, Yasmin, Shahjahan, Dard, Dastaan, amongst others. In 1940 A. R. Kardar established Kardar Studios that was situated in the Lower Parel area in Mumbai and started directing films under his own banner Kardar Productions. He was responsible for introducing greats like Naushad, Majrooh Sultanpuri, and Suraiya to the Indian film industry. He made all kinds of films ranging from historicals to social dramas and family entertainers. Kardar’s films were known for their music and songs like Suhaani raat dhal chuki (Rafi’s first hit) from the film “Dulari”, Gham Diye Mustaqil sung by K.L. Saigal from the film “Shahjahan” and Afsaana likh rahi hoon from the film “Dard” are still popular today.

An archival study of his work would go a long way in understanding the evolution of cinema and the history of a newly independent India as his career spanned an epoch starting from the silent era of films in the pre-partition days right up to the mid 1970s of a young India. His family and heirs support this project.