Bishaldeb Halder looks back at his experience of participating in the Film Preservation and Restoration Workshop India 2016. 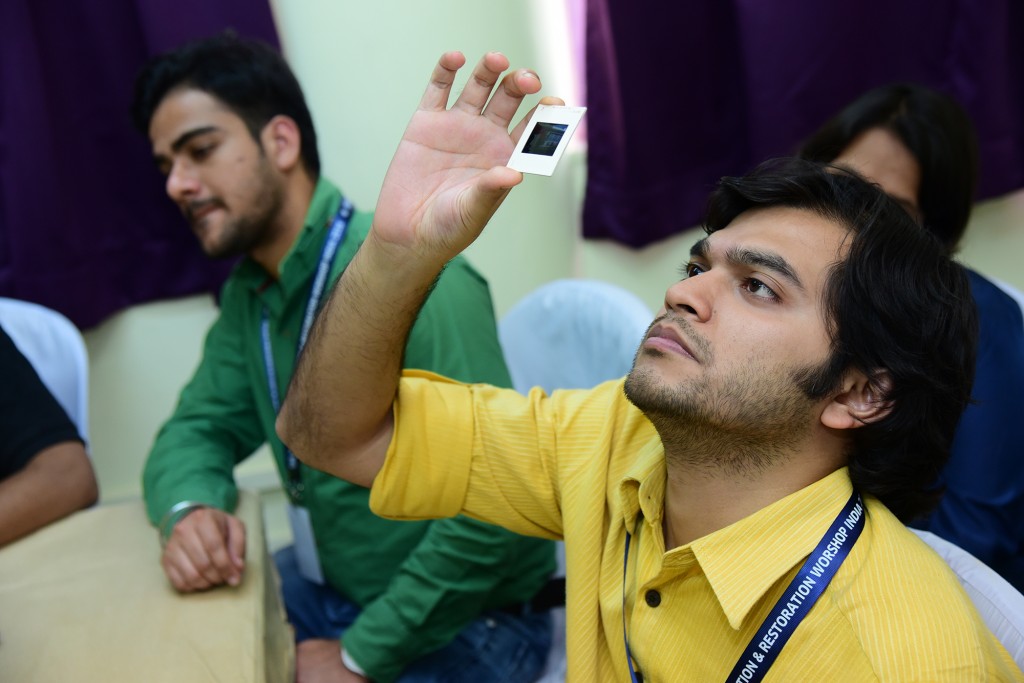 The Film Preservation and Restoration Workshop, 2016 was an exhilarating experience for me. Having been a part of the organising team for the first edition of the workshop in 2015, as a part of Film Heritage Foundation, it was a fascinating experience for me to be on the other side of the fence, as a student, for this edition. To be honest, at first, the schedule of lectures and radical classes spread over a 10-day period, coupled with the profiles of the faculty and their coursework, seemed a tad daunting.

These minor misgivings were put to rest as soon as we plunged into the workshop. We were made aware of a veritable world that existed behind and around the moving image that we consumed in theatres and our digital screens. The firm foundation and context for such knowledge was laid early on in the course of the workshop, with film researcher Camille Blot-Wellens’ lectures that covered the entire history of the moving image in its many iterations. Alongside, we were provided a thorough grounding in the sphere of preservation and conservation by the Head Curator of the George Eastman Museum, Paolo Cherchi Usai, who acquainted us with the challenges of preserving filmic artefacts based on their provenance and physico-chemical existence. It was a high-wire act, we realized, and the oft-used analogy of a doctor or nurse faced with multiple patients in varying states of disrepair was indeed an apt one.

The highly cohesive and specialized team from L’Immagine Ritrovata, one of the foremost film restoration facilities in the world, presented before us a nuanced, stage-wise account of the painstaking process of restoring a film. Thankfully, just as we were beginning to worry about consolidating the vast amounts of esoteric information, came the practical sessions. These were much more focused and specific, with the entire batch of students having been divided into smaller groups of 6-7 each. Attending these sessions enabled us to see, at close-quarters, much of what had been spoken of during the lectures, especially about restorative processes. The sessions on film comparing by Silvia Spadotto and on film repair by Marianna de Sanctis left us rather gratified at having managed a firmer grasp of those processes, while being in awe of their personal elegance and flair. I must mention here that these smaller groups and the freedom they provided the students with, to interact among themselves, greatly helped in exchange of ideas and notes. Since the workshop was attended by students and professionals from various disciplines and practices, there was much opportunity to learn for all, from everybody.

The fraught, and sometimes confrontational, relationship between analogue and digital film was tackled expertly by Dr. Richard Wright, a broadcast and signal engineer with over three decades at the BBC. His exposition of the ways in which the analogue and digital modes of moving image production and storage could work synergetically, and not adversarially, was a real eye-opener. It brought much needed nuance and granularity to a debate that has become increasingly strident of late.

For me, personally, the most vital of all these lectures were the ones delivered by Thelma Ross, the chief cataloguer at the Museum of Modern Art, New York. Right from her opening notes, her lectures were a series of epiphanies. Elucidating the core concepts and objectives of cataloguing, she also highlighted the unique contours and challenges of film cataloguing. For a lot of students, as for me, these lectures completely re-oriented our notions and views of cataloguing and data management. 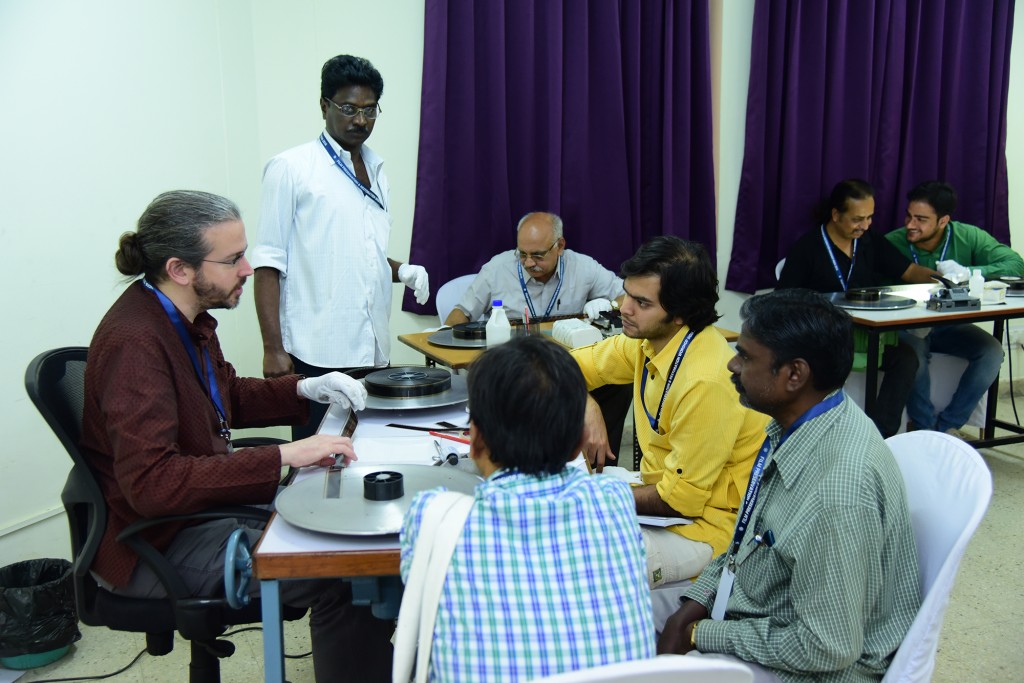 The lectures and practical sessions on various photographic processes and their identification by Taina Meller of George Eastman Museum were endlessly fascinating, at times, literally so, as we struggled to contain all the information within temporal and mnemonic limits. A guided tour through the vaults of the National Film Archive of India (NFAI), the venue of the workshop, gave us an idea of the preservation practices, environment controls, storage and documentation protocols, and safety measures deployed by them. If nothing else, we ended the tour with a greater understanding and appreciation of the durability and the fragility, even volatility, of film.

Finally, I’ll try to explain the impact of the sessions we had with Spencer Cristiano, the chief projectionist at George Eastman Museum, with an illustration. I think it would be sufficiently indicative of the impact the workshop, as a whole, has had on us. A day of lectures and practicals was followed by a film screening in the evening at the NFAI theatre. The films screened were mostly in their original 35 mm prints on analogue projectors. The only exception was a film that had been restored on a 35 mm print. It was at one such film screening that the playing film kept giving way to a greying screen that went blank, only to resume after a few moments. One could tell that the patience of the audience was wearing thin due to these recurrent interruptions.

In the middle of one such instance, the screen, instead of turning grey, turned bright yellow. An instant later, there appeared a bubble in the centre of the screen, rapidly expanding outwards, its edges progressively darkening. Before it covered the whole screen, the yellow light went out, leaving a dark imprint of the edges on our eyes. The halls lights came on instantly to the sound of numerous gasps and exclamations of dismay. The entire audience seemed to have understood what had happened- a portion of the reel had burnt up inside the projector- and after a moment of stunned silence, several among us got up and trooped up rapidly to the projection room in sheer concern for the reel and the projectionist. Having seen Spencer deconstruct the entire process of film projection for us a day back, we experienced a curious phenomenon just then: we were simultaneously aware of the illusion on the screen before us, and the reality that engendered the illusion, behind our backs. A rupture in the illusion, and the whole audience knew immediately what the corresponding break in reality was. Were it not for such awareness, we could hardly have had such an immediate, almost visceral, reaction to the rupture, much less be compelled to do anything to do about it.