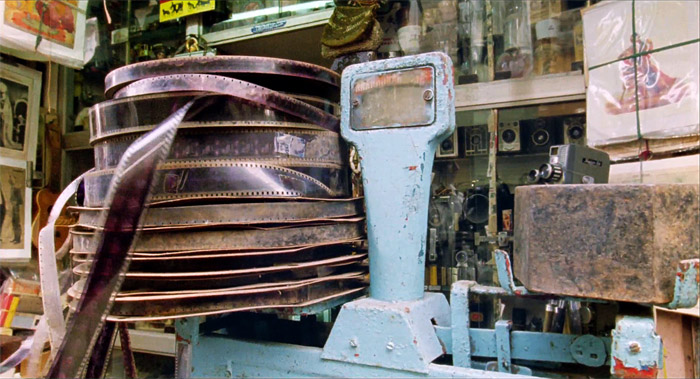 The earliest known incident of a film reel catching fire was Phalke’s ‘Raja Harishchandra’ (1913). It happened a few years after the film was made. In 1917, Phalke came to know that the last surviving print of his film had gone up in flames while it was being transported by a bullock cart from one cinema tent to another. The constant friction and the exposure to high temperatures had caused the film to combust. Phalke hurriedly re-shot the whole film replicating it from the original, shot for shot, to produce the version that exists today, albeit incompletely.

In 1940, there was a fire in the vaults of B.N. Sircar’s New Theatres that led to the loss of several prints of films that had been produced by the studio in the first decade of its existence, the 1930s.

In 2002, the vaults of the erstwhile Prabhat Studios at the Film and Television Institute of India (FTII), Pune, saw a fire that destroyed the original camera negatives and prints of 45 films, which included some of the original nitrate material that Mr. P.K. Nair had collected from the Phalke family, and some important films of Prabhat Films.

As recently as July 2014, there was a fire at the office of the Bombay Talkies studio at Borivli that reduced the prints of several classic Indian films to ashes. 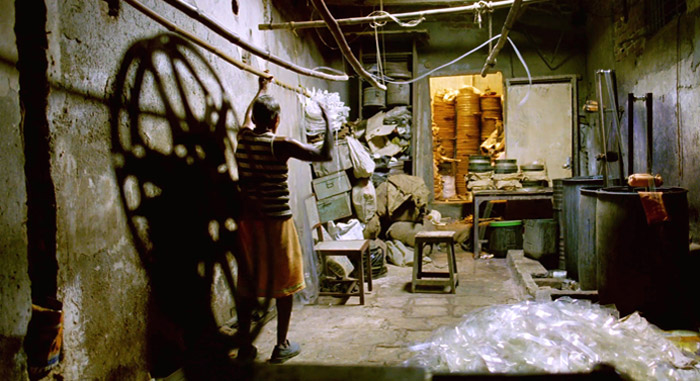 Mining Celluloid for Silver and Colour

Celluloid has been treated like a commodity in India. Legions of India’s classic films were sold by their producers and distributors for silver. Nitrate film base has higher silver content than other film bases. The film reels can be treated chemically by dumping them into a solution to extract silver in its elemental form after washing and refining it. Sadly, this was the reason we lost ‘Alam Ara’ (1931), India’s first talkie of which there is no trace.

Just like black and white film stock is stripped for silver, colour film can also be melted and re-moulded into coloured bangles or maintained in a liquefied state to be used as coloured dyes. In the state of Maharashtra for instance, this has resulted in the development of an entire informal industry producing coloured bangles, ladies’ handbags, wallets etc.

One of the reasons for the rapid decay of film prints in our country is geography. The port cities of Bombay, Calcutta and Madras were the economic hubs of colonial India and the film industry, like other industries, grew and flourished in these urban centres. Unfortunately, the hot and humid climate of these cities was completely unsuitable for the storage of films.

Initially, it may have been a lack of awareness about ideal storage conditions for film stock that may have been the stumbling block. Tragically, the poor storage facilities coupled with the inclement climate of the port cities were responsible for the loss of most of our early, indigenous work in silent film. The National Film Archive of India (NFAI) was established in 1964 at the erstwhile Prabhat Studio in Pune, better suited for the storage and preservation of films given it drier climate away from the sea. But it was already very late as by 1950, we had already lost 70 – 80% of films produced until then.

The attitude of the film industry to cinema has been purely commercial. Producers and distributors often viewed films as a liability that had outlived their usefulness once their run at the theatres was done. Rumour has it that Chandulal Shah, founder of Ranjit Movietone, might have willfully started the fire that burnt down his entire studio along with all its films to claim insurance money to cover his gambling debts.

It was only with the advent of television in the 1970s, that producers realized that there was still money to be made out of their earlier films that set them off on a hunt for the old film cans. But for many films it was too late.

Film – Not just an industry

While extraction of silver from black and white films and dyes from colour films, nitrate fires, wrong climatic conditions and the industry’s neglectful attitude were major causes, the root cause of India’s tragic loss of its cinematic heritage is the way cinema has always been looked upon in India. We need to acknowledge that film is a cultural and historical record, a wonderful medium to capture the zeitgeist of the times. It has been viewed merely as a medium of mass entertainment and current Indian laws dealing with cinema focus on censorship and taxation and that dictates the interest and dialogue of the film industry with the government. We need to accept that the moving image is an art form that constitutes an integral part of our social and cultural fabric.