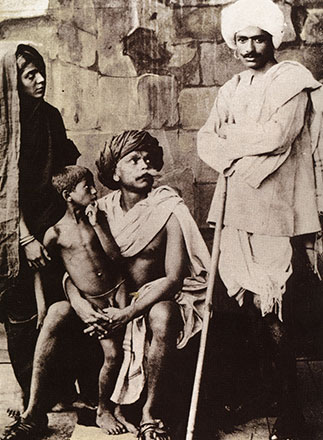 A milestone film by Baburao Painter, ‘Savkari Pash’ is notable not just for its courage in going against the grain but also for its technical finesse and poignant treatment of its subject matter. At a time when mythological films were de rigueur, Baburao Painter staked almost everything to make India’s first social realist film. It was filmed with a painstaking eye for detail, sometimes to the point of annoying the actors: it was expressly at Baburao Painter’s insistence that hardly any make-up was used and the actors were dressed in simple, worn out clothes. The film, an adaptation of a novel by Hari Narayan Apte named ‘Savkari Haak’ (Call of the Moneylender), was about a poor peasant who is unable to pay back his debts to an usurious moneylender and is forced to move to the city for employment. He is eventually employed as a mill worker, only to face hardships peculiar to urban, industrial centres. The film juxtaposes the trials of a city life with life in the village under debt and drought and the struggle of a man caught in between them.

Baburao Painter knew, perhaps better than anybody, the significance of making such a film. In 1936, he remade it completely, employing sound for possibly greater impact. Both the silent and sound versions of the film were greatly praised.

J B H Wadia of Wadia Movietone had this to say:
“I faintly remember the silent Savkari Pash…But it was only when I saw the talkie version that I realized what a great creative artist he (Baburao) was. I go into a trance when I recollect the long shot of a dreary hut photographed in low key, highlighted only by the howl of a dog.”