Film Heritage Foundation’s founder director Shivendra Singh Dungarpur was elected to the Executive Committee of the International Federation of Film Archives (FIAF) on May 2, 2017 at the FIAF Congress hosted by the Academy of Motion Pictures, Arts & Sciences and the UCLA Film and Television Archive in Los Angeles.

FIAF is an umbrella organization founded in 1938 and based in Brussels that boasts a membership of 164 film archives from around the globe. We are proud that our director was elected to the apex decision-making body of this esteemed organization, especially given that Film Heritage Foundation is just over three years old. Our director will participate in key policy making decisions that will have a positive impact our mission to save India’s cinematic heritage as well as promoting efforts to preserve the film history of our neighbours in the subcontinent. 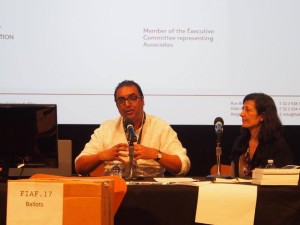